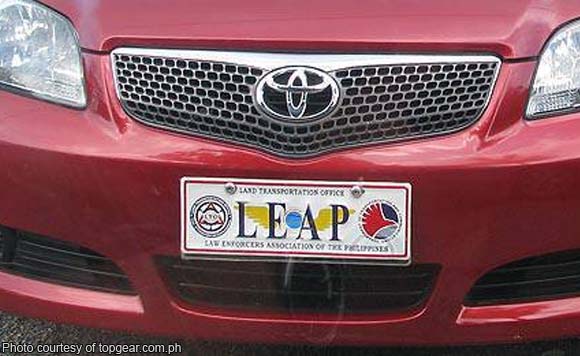 Commemorative license plates will no longer be allowed to be used by motorists and be declared illegal should the measure filed at the House of Representatives becomes a law.

In House Bill 4870 or “an act prohibiting the use of commemorative plates and providing penalties for illegal use thereof,” Rep. Weslie Gatchalian of Alay Buhay said that commemorative plates have been abused by some of its users to escape violation of traffic rules and regulation especially the number coding and are also being illegally used by unauthorized persons or motor vehicles.

“Commemorative plates are being widely used nowadays. Some bears the name of government agencies such as PNP, CIDG, AFP, DOJ. Others use government position such as prosecutor, councilor, kagawad and lawyer which clearly suggest that these vehicles are owned by some influential person whom an ordinary traffic or law enforcer would refuse to apprehend in case of violation of law or even the simple number coding,” Gatchalian said, in a statement.

It may be recalled that former President Gloria Macapagal-Arroyo issued Executive Order No. 400 providing a uniform system of assignment and issuance of low numbered protocol license plate to ranking government officials from the President down to RTC Judges.

However, the lawmaker said that the illegal use of the protocol plates by unauthorized persons or motor vehicles is strictly prohibited.

According to Gatchalian, despite issuance of the order by the Land Transportation Office recalling all commemorative plates, “such recall would be meaningful and forceful if it will be accompanied by a legislative act.”