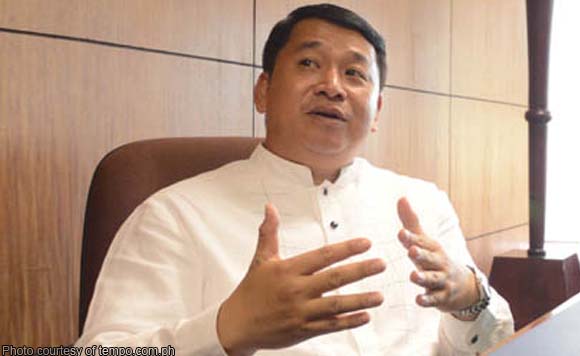 0 467
Share
Want more POLITIKO News? Get the latest newsfeed here. We publish dozens and dozens of politics-only news stories every hour. Click here to get to know more about your politiko - from trivial to crucial. it's our commitment to tell their stories. We follow your favorite POLITIKO like they are rockstars. If you are the politiko, always remember, your side is always our story. Read more. Find out more. Get the latest news here before it spreads on social media. Follow and bookmark this link. https://goo.gl/SvY8Kr

Makati Mayor Romulo “Kid” Peña on Wednesday announced that the city will head an international and local food festival this weekend.

According to the mayor, there are also cooking demonstrations from renowned chefs and free food tasting during the three-day festival.

“We will be having cuisines from Germany, Spain, Portugal, Belgium and Indonesia, and a whole lot more. People will learn them through cooking demonstrations, and the best part is, they will enjoy it too as there will be food tasting,” Peña said.

“We are happy that our city is finally launching its very own food festival,” he added.