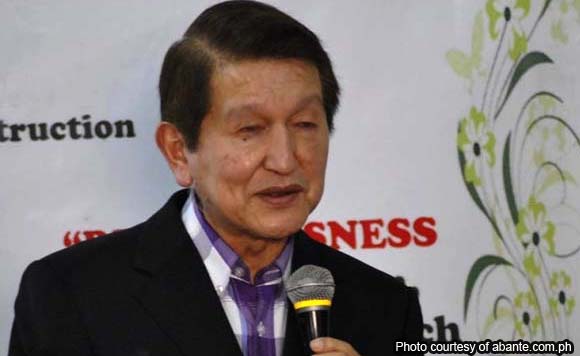 0 654
Share
Want more POLITIKO News? Get the latest newsfeed here. We publish dozens and dozens of politics-only news stories every hour. Click here to get to know more about your politiko - from trivial to crucial. it's our commitment to tell their stories. We follow your favorite POLITIKO like they are rockstars. If you are the politiko, always remember, your side is always our story. Read more. Find out more. Get the latest news here before it spreads on social media. Follow and bookmark this link. https://goo.gl/SvY8Kr

What happens if airport authorties found a bullet in an airline passenger’s luggage?

Former national security adviser and Parañaque City Rep. Roilo Golez believes the passenger should not be immediately arrested or detained.

“When a passenger is caught with one or two bullets, just confiscate and let the passenger go. No questions, no delay. Don’t give the security personnel the power to decide,” he said in a Facebook post.

Citing his observation in international airports such as those in San Francisco, California and Washington, DC, Golez said prohibited articles like liquids, small knives, are simply confiscated by airport authorities without the need to detain passengers for further questioning if there’s no evidence of a threat.

“I repeat: Don’t give the security personnel the power to decide on minor stuff,” he said.

Only recently, a 56-year-old overseas Filipina worker bound for Hong Kong was apprehended by authorities after having found a bullet inside her luggage. She was eventually freed by the authorities because the Pasay City Prosecutors Office found the evidence against her weak.