Bye, Kris-Tek: Herbert Bautista thankful he won’t be working with Kris for MMFF 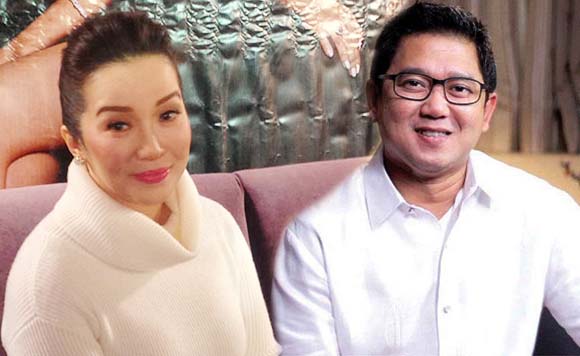 0 614
Share
Want more POLITIKO News? Get the latest newsfeed here. We publish dozens and dozens of politics-only news stories every hour. Click here to get to know more about your politiko - from trivial to crucial. it's our commitment to tell their stories. We follow your favorite POLITIKO like they are rockstars. If you are the politiko, always remember, your side is always our story. Read more. Find out more. Get the latest news here before it spreads on social media. Follow and bookmark this link. https://goo.gl/SvY8Kr

Quezon City Mayor Herbert Bautista is relieved he will no longer be working with his former flame, Kris Aquino, for Star Cinema’s entry to the Metro Manila Film Festival (MMFF).

Bautista, who is running for reelection, admitted his schedule is packed for the coming months.

“I’m really busy now preparing for the next elections and activities like this (QCinema Film Festival),” he told ABS-CBN News at the sidelines of the opening of the city’s international movie event.

Earlier, Star Cinema’s advertisting and promotions manager Mico del Rosario posted on Instagram a screenshot of the summary of Star Cinema’s MMFF entry, titled “All You Need is Pag-Ibig.” The film will star Aquino and Derek Ramsay.

Asked if he thinks his non-participation in the movie is for the best, Bautista said: “I think so too, just like I was advised to do by one of my friends.”

Aquino earlier confessed it was her lingering issues with the mayor that made her initially refuse to do the movie for Star Cinema.