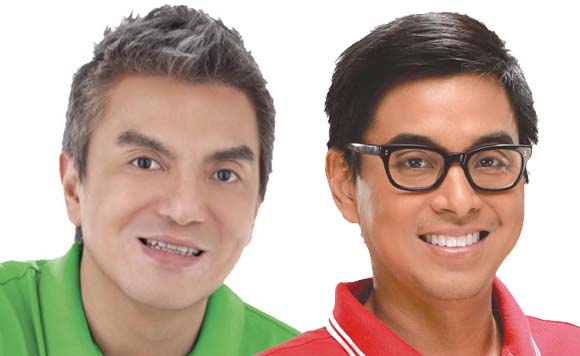 0 746
Share
Want more POLITIKO News? Get the latest newsfeed here. We publish dozens and dozens of politics-only news stories every hour. Click here to get to know more about your politiko - from trivial to crucial. it's our commitment to tell their stories. We follow your favorite POLITIKO like they are rockstars. If you are the politiko, always remember, your side is always our story. Read more. Find out more. Get the latest news here before it spreads on social media. Follow and bookmark this link. https://goo.gl/SvY8Kr

Navotas City mayor John Rey Tiangco and his elder brother, Rep. Tobby Tiangco, have no opponents in the 2016 elections.

The Tiangco brothers are the only ones who filed certificates of candidacy (COC) for mayor and House seat last week, according to the Commission on Elections (Comelec).

Mayor Tiangco filed his COC on October 16 at the local Comelec office, accompanied by his entire Partido Navoteño-United Nationalist Alliance (UNA) ticket. He is eyeing his third term.
The elder Tiangco, on other hand, filed his candidacy at Comelec-NCR the day before for his third term also.

“The confidence we continuously get from the residents is enough for us to give them back what they truly deserve from the city government — unhampered delivery of basic services and more infrastructure development, among others,” the Tiangco brothers said in a statement.