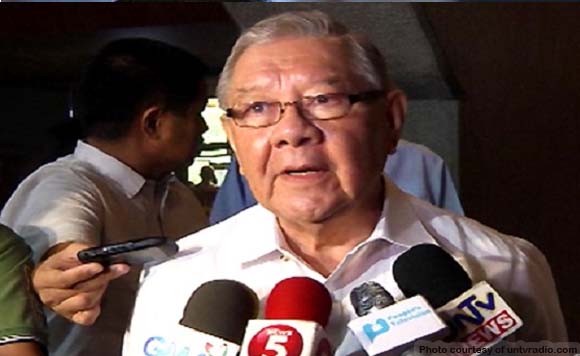 0 557
Share
Want more POLITIKO News? Get the latest newsfeed here. We publish dozens and dozens of politics-only news stories every hour. Click here to get to know more about your politiko - from trivial to crucial. it's our commitment to tell their stories. We follow your favorite POLITIKO like they are rockstars. If you are the politiko, always remember, your side is always our story. Read more. Find out more. Get the latest news here before it spreads on social media. Follow and bookmark this link. https://goo.gl/SvY8Kr

Barely a week after publicly hoping for a sweep of the senatorial race, House Speaker Feliciano Belmonte practically snuffed out hopes that Department of Interior and Local Government Assistant Secretary Nariman Ambolodto will become a senator in the 2016 elections.

Belmonte, LP’s general campaign manager, did not give a direct answer when asked how he would campaign for the two relatively unknown bets in the ruling party-led senatorial slate— COOP-NATCCO party-list Rep. Cresente Paez and Ambolodto.

Instead, he said the Mindanaoan lawyer’s candidacy should be seen as “ennobling” because she came from a war-torn area.

“She (Ambolodto) has a very beautiful life story. She’s somebody who has been a victim of conflict [in Mindanao] and [yet] managed to go up. Maybe this is not her time to be a senator yet, but definitely, the fact that the LP gives recognition to such a person, and for her life story to be known to the Filipino people, I think it’s very ennobling,” he said.

“Whether she becomes a senator or not, it’s nice for us to know there are people like that in our midst,” Belmonte added.

Ambolodto, who once became officer-in-charge of Maguindanao, earlier admitted her popularity greatly pales in comparison with that of other candidates, but was hopeful LP will help her candidacy.