Bayani “Mr. Political Will” Fernando back in politics 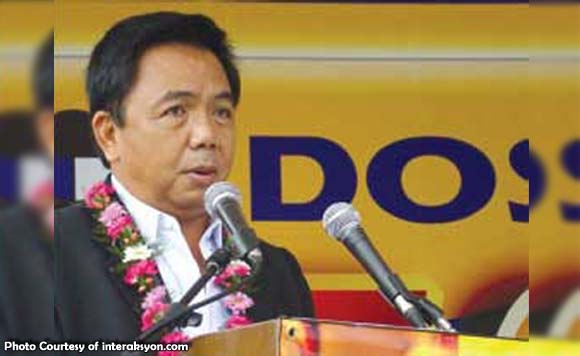 0 819
Share
Want more POLITIKO News? Get the latest newsfeed here. We publish dozens and dozens of politics-only news stories every hour. Click here to get to know more about your politiko - from trivial to crucial. it's our commitment to tell their stories. We follow your favorite POLITIKO like they are rockstars. If you are the politiko, always remember, your side is always our story. Read more. Find out more. Get the latest news here before it spreads on social media. Follow and bookmark this link. https://goo.gl/SvY8Kr

Fernando will be joining the 2016 elections as candidate for congressman of the 1st district of Marikina under the banner of the Nationalist People’s Coalition (NPC).

The ex-MMDA chief will be up against Councilor Sam Ferriol of the Liberal Party.

Fernando ran for vice president in the 2010 elections in tandem with former senator Richard Gordon.

He lost, placing only third.

Since then he lay low, focusing on his private construction firm.

He was mayor of Marikina from 1992 to 2001, transforming the once-sleepy municipality to one of the best-managed cities in the country.

But it was during his term as MMDA chief from 2002 to 2009 that he earned more praises and recognition for his focused enforcement of programs and policies related to traffic management, urban renewal and cleanliness, and promoting discipline among motorists and pedestrians.

For this, he earned the label “Mr. Political Will.”