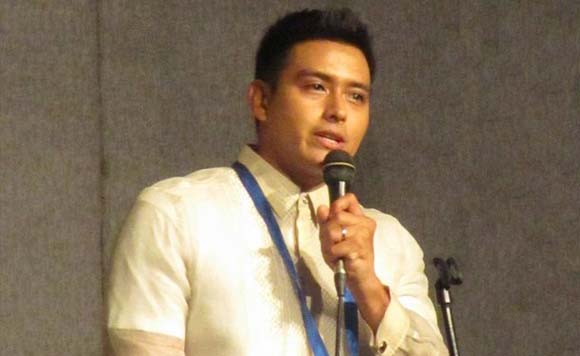 0 658
Share
Want more POLITIKO News? Get the latest newsfeed here. We publish dozens and dozens of politics-only news stories every hour. Click here to get to know more about your politiko - from trivial to crucial. it's our commitment to tell their stories. We follow your favorite POLITIKO like they are rockstars. If you are the politiko, always remember, your side is always our story. Read more. Find out more. Get the latest news here before it spreads on social media. Follow and bookmark this link. https://goo.gl/SvY8Kr

Actor-turned-Quezon City 5th District Rep. Alfred Vargas is proposing the grant of special incentives to producers and directors of independent films who win awards and citations in international film competitions.

Vargas said this will encourage more indie filmmakers to improve their craft and produce more quality movies that will give honor to the country.

In filing House Bill 6187, the Quezon City lawmaker proposed that those who win international awards be provided with grants and full tax exemption.

Vargas noted the increasing popularity and demand for indie films in the country and in abroad, with 84 percent of locally made movies every year consisting of indie films.

“However, challenges remain. One particular obstacle is the lack of funds for marketing. As such, most indie films rarely become box office hits,” Vargas said in a statement.

Under the measure to be known as the “Philippine Independent Film Incentives Act of 2015,” Filipino indie films, including full-length feature or documentary films, that have been awarded the Best Film prize or its equivalent in respected international film competitions or cinema festivals shall be granted P5 million in incentive.

A grant of P3 million, on the other hand, shall be given to the film production or entity that produces the award-winning short feature or documentary film.

Also, a full tax exemption relevant to the screening of the film and its commercial-exhibition, including those levied by local-government film shall be granted.

Furthermore, the award-winning film shall be considered and shall have the honor of being given an automatic rating of an “A” film being granted by the Cinema Evaluation Board.

“To further empower the Philippine movie industry, the passage of this proposed legislation is earnestly sought,” Vargas pointed out.