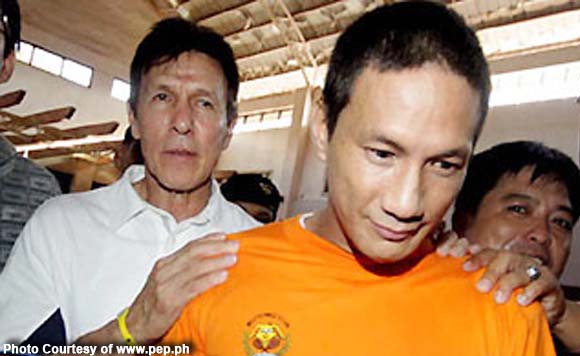 0 818
Share
Want more POLITIKO News? Get the latest newsfeed here. We publish dozens and dozens of politics-only news stories every hour. Click here to get to know more about your politiko - from trivial to crucial. it's our commitment to tell their stories. We follow your favorite POLITIKO like they are rockstars. If you are the politiko, always remember, your side is always our story. Read more. Find out more. Get the latest news here before it spreads on social media. Follow and bookmark this link. https://goo.gl/SvY8Kr

After spending 15 years in prison for the 1991 Visconde massacre, Hubert Webb is trying to start over again by joining the politics.

Webb, son of former senator and basketball legend Freddie Webb, has filed his certificate of candidacy for councilor of the 1st District of Parañaque City.

He is running as an independent candidate. His brother Jason is in his last term as city councilor.

Now 46, Webb was the primary accused in the brutal murders of sisters Carmela and Jennifer Visconde and their mother Estrellita in their BF Homes Parañaque residence on June 30, 1991.

The Supreme Court, however, acquitted them on December 14, 2010 after 15  years and four months of imprisonment.