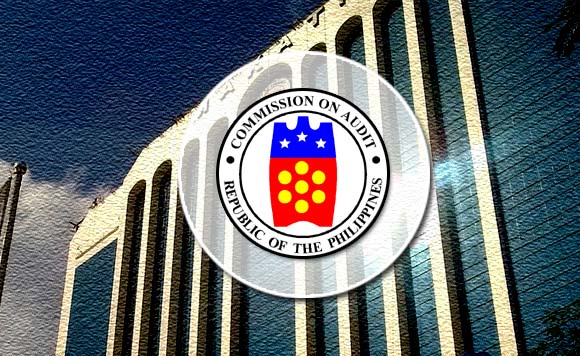 Amid corruption charges, the Commission on Audit (COA) is all praises for dismissed Makati City mayor Junjun Binay for instituting various programs that won numerous awards and citations from different agencies and award-giving bodies.

In an audit report, COA said even Binay’s accuser, the Office of the Ombudsman, awarded Makati the Blue Certification (Level II Accreditation) for its efficient business licensing process.

“The Office of the Ombudsman awarded the city the Blue Certification (Level II Accreditation) for its high level of compliance with ‘ease of doing business’ standards for business-friendly and anti-fixing processes,” COA disclosed.

The young Binay has been dismissed by the Ombudsman for graft in connection with the alleged overpriced Makati City Hall parking building.

Government auditors reported that Makati City, during Binay’s term, also received high ratings for its solid waste management program based on a survey conducted by COA itself.

COA also noted that the city government under Binay also won the National Competitive City Award given by the Department of Trade and Industry (DTI, and the e-Readiness Leadership Award from the Department of the Interior and Local Government, Department of Science and Technology, and DTI.

There were also fewer school dropouts in elementary and secondary schools in 2014.

“Due to its continuing efforts and delivery of quality services, 11 departments or offices of the city were ISO certified. The city was also a platinum awardee of ISO 3710 on Sustainable Development of Communities by the World Council on City Data (WCCD) which measures a city’s social, economic and environmental performance,” COA said.

In 2014, COA said the city funded and completed 70 infrastructure projects that cost P4 billion. Among these are the Makati Science High School building, sports facilities and health center.

COA also noted that P520 million was spent for the purchase of various educational or instructional materials that included study book tablets, laptop and school supplies under the Free and Relevant Excellent Education.

“As to fiscal management, the city was able to attain its targeted increase in revenues by 6.7 percent from the previous year’s collection of P11.9 billion to P12.8 billion in 2014,” COA stated.

A survey on cleanliness and solid waste management implementation was conducted by COA and resulted in 92.33 percent satisfaction rating for the city government.